After Separattion: Duties and Responsibilities of Divorced Parents

Once the outcome of divorce has been finalized and both parties have agreed to go through with it, child custody is considered. This can get messy, especially if both parents want physical or legal control and are unwilling to compromise.

The results of a divorce proceeding usually dictate what happens to the child after a divorce. They know who gets physical custody (if a parent gets sole or joint custody) and the noncustodial parent’s visitation rights. These terms should be agreed upon by both parties or by both parties’ child custody lawyers.

Most divorce proceedings end in joint custody, meaning that both parents play a part in the child’s upbringing. The child stays with one parent, while visitation rights are granted to the noncustodial parent, though most parents often take turns housing and caring for the child. Whatever the case, once both ex-spouses have decided to co-parent, the question becomes: what now?

Navigating a divorce for the first time can be difficult for parents, but perhaps no one takes it harder than the children. If both ex-spouses have decided to co-parent, figuring out where to go from here can be a bit disorienting, not to mention emotionally taxing. If you’re a recently divorced parent and want to know the legal side of co-parenting, your duties, and your responsibilities as a custodial or noncustodial parent, here are some things you should know.

When sole custody is granted

But you usually don’t have to worry about one parent taking the child away from the other if both parents already came to an agreement and settled the matter. Unless the other parent becomes abusive throughout their custody, is found mentally unstable, gets incarcerated, or is somehow unable to care for the child. A sudden shift to sole custody shouldn’t be an issue. 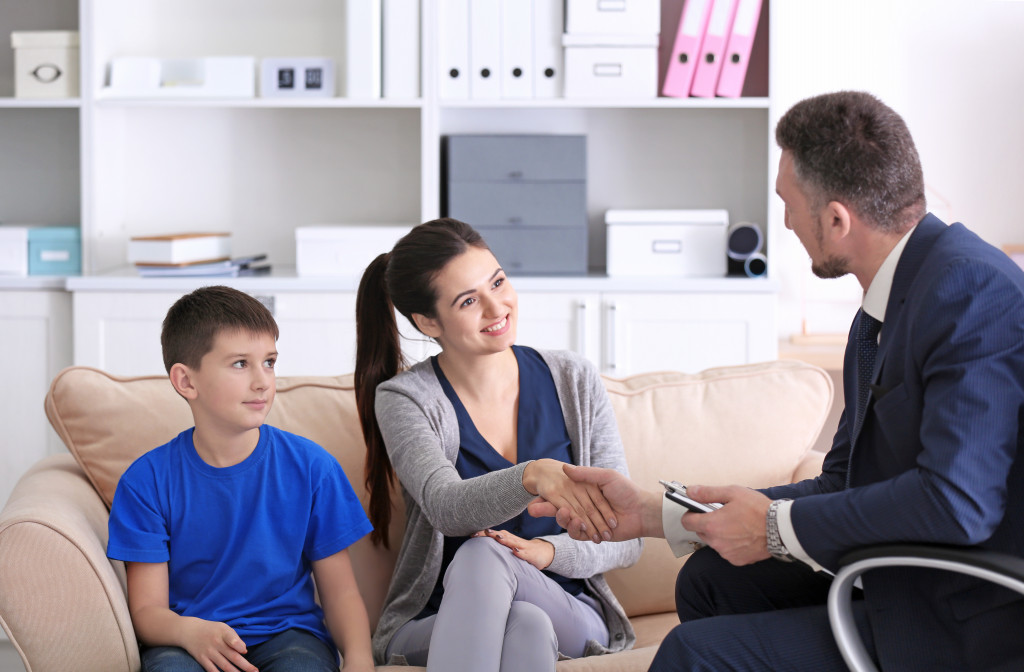 Both parents must agree on visitation periods for the noncustodial parent. In most joint custody cases, a child lives with one parent for a certain period, maybe a couple of weeks or a month, before moving back to live with the other. It differs from parent to parent.

But negotiating an equal amount of time with your child is possible, given that it’s in the child’s best interests. In most cases, the custodial parent gets to provide housing and make choices about the child’s education and other responsibilities, while the noncustodial parent doesn’t get to make significant decisions.

Always consider the toll it will take on your child when coming up with a visitation plan, especially if they’re very young. The distance and travel time between both parents’ houses should also be considered. Co-parenting should be about the children and no longer about the parents.

Depending on what’s decided in court, a noncustodial parent might be legally obligated to pay for a child’s child support. The amount is usually determined based on certain factors and guidelines, usually based on the noncustodial parent’s income. If the parent fails to pay for child support on time, they can be marked for delinquency, have their income deducted by their employer, or even be sentenced to jail.

If the noncustodial parent loses their job or no longer has enough income, they can petition the court to have the amount lowered. It’s recommended that they do this before the deadline for the child support payment, or they’ll be marked with delinquency and might suffer the consequences.

The rights of the noncustodial parent

Noncustodial parents should be aware of all their rights and pay close attention to what was agreed upon in court. These rights can be changed depending on the circumstances, such as one parent moving away or the death of one parent.

You and your ex-spouse must reach an agreement when it comes to child custody. It determines your child’s future and can change their behavior towards you and your ex-spouse. The couple usually agrees upon the details of child custody during court proceedings. Both parents must find common ground when coming up with the terms of their separation. Remember to keep the child’s best interests in mind and be aware of your rights.